After rapid growth during the bull run of April-June, Litecoin’s price had been a progressive slump over the last couple of months. At press time, another bearish run took its valuation down to $64.36. The market capitalization was recorded to be $4.06 billion and the silver coin suffered a decline of 1.33 percent over the past day. The trade volume was around $2.8 billion in the 24-hours. 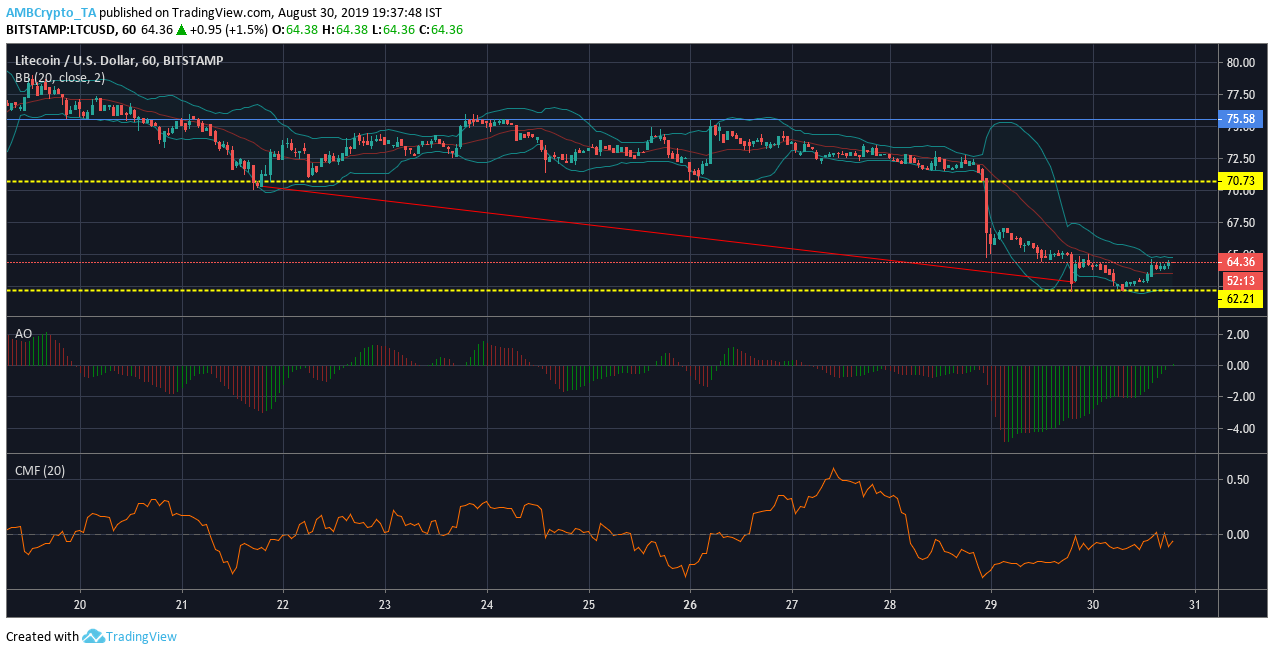 The short term analysis of Litecoin projected a flash fall on 28th August which breached Support 1 and the valuation was currently navigating under the $70 mark. A major downtrend was observed which stretched the valuation from $70.35 to $62.78.

The Bollinger Bands appeared to diverge in the charts which suggested increasing volatility for the coin.

The Awesome Oscillator or AO was bullish in nature but the momentum was very weak.

The Chaikin Money Flow or CMF was below the zero-line which indicated a decrease in capital flow in the market. 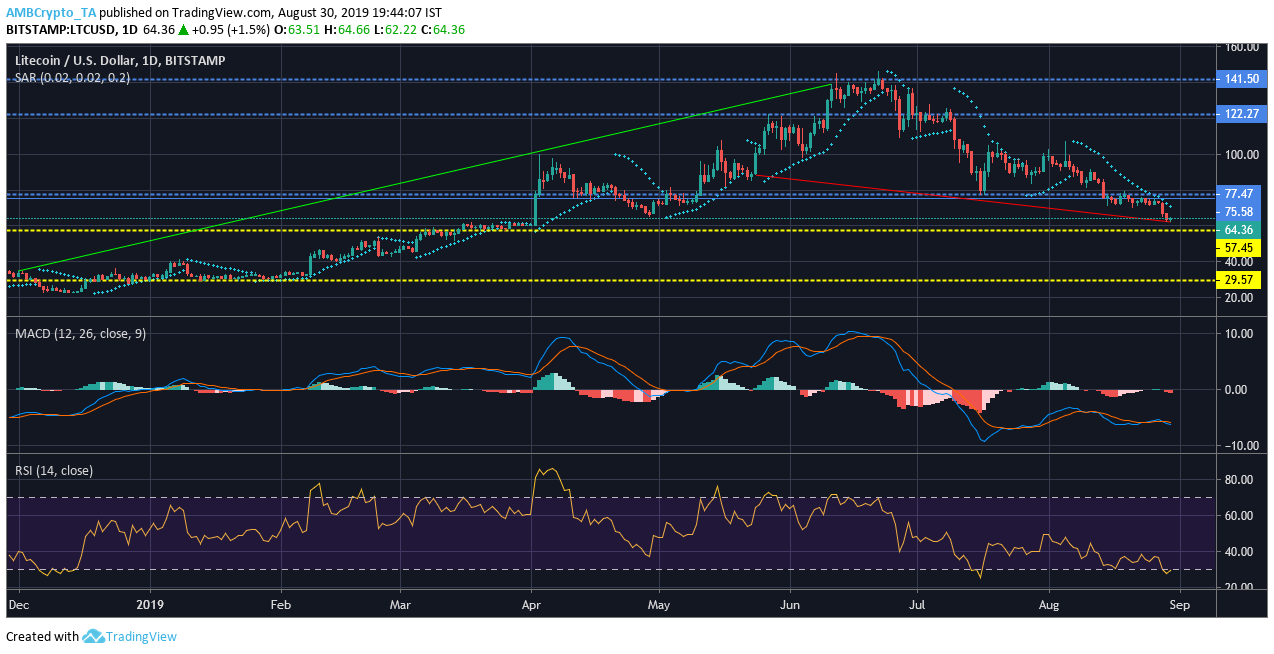 The Parabolic SAR was bearish in the charts as the dotted markers appeared above the candlesticks.

The MACD line and the signal line completed a bearish trend after the red line was seen over the blue line.

The Relative Strength Index or RSI indicator suggested that Bitcoin was over-sold at press time.

Litecoin has been quite in the market as the short term charts and the long term charts indicated a stagnant phase.

Related Topics:featured
Up Next

Biraajmaan covers market trends of major cryptocurrencies. As a graduate in engineering, his interests lie in Blockchain technology. With over a year as a journalist, his articles focus on US and UK markets.

A live demonstration of what tokenization means for digital finance