Uniswap continued to hold on to the press time support after sellers took control of the price over the past few sessions. VET continued to move within a fixed channel, highlighting indecision in its market while DASH could lose out to the $280 level if the bears extend their control over the price.

Uniswap found support at $27.4 after a correction negated gains by over 12% since its most recent ATH on the charts. Despite the minor pullback, UNI’s healthy uptrend remained intact with gains of 44% in the last seven days. Prices also remained above their short-term and long-term moving averages.

What remains to be seen is whether the bulls can hold the price at their current support level considering a slight pullback in the broader market. The MACD was on the verge of a bearish crossover, while the RSI settled around the 60-mark. In case of a fall, the 20-SMA (blue) could offer some support to the price. If the present support holds up, UNI could be set for fresher record levels over the coming sessions.

The ADX indicator on VeChain rested around the 13-mark and showed the lack of a strong trend in the market as the price continued to move within a range. Since buying activity and trading volumes were on the lower side, a breakout did not seem likely over the coming sessions. Traders can sell on resistance and buy on support to capitalize on the indecision in VET’s current market.

The Awesome Oscillator was bearish-neutral. If bearish momentum picks up, the next support level resides at $0.046. 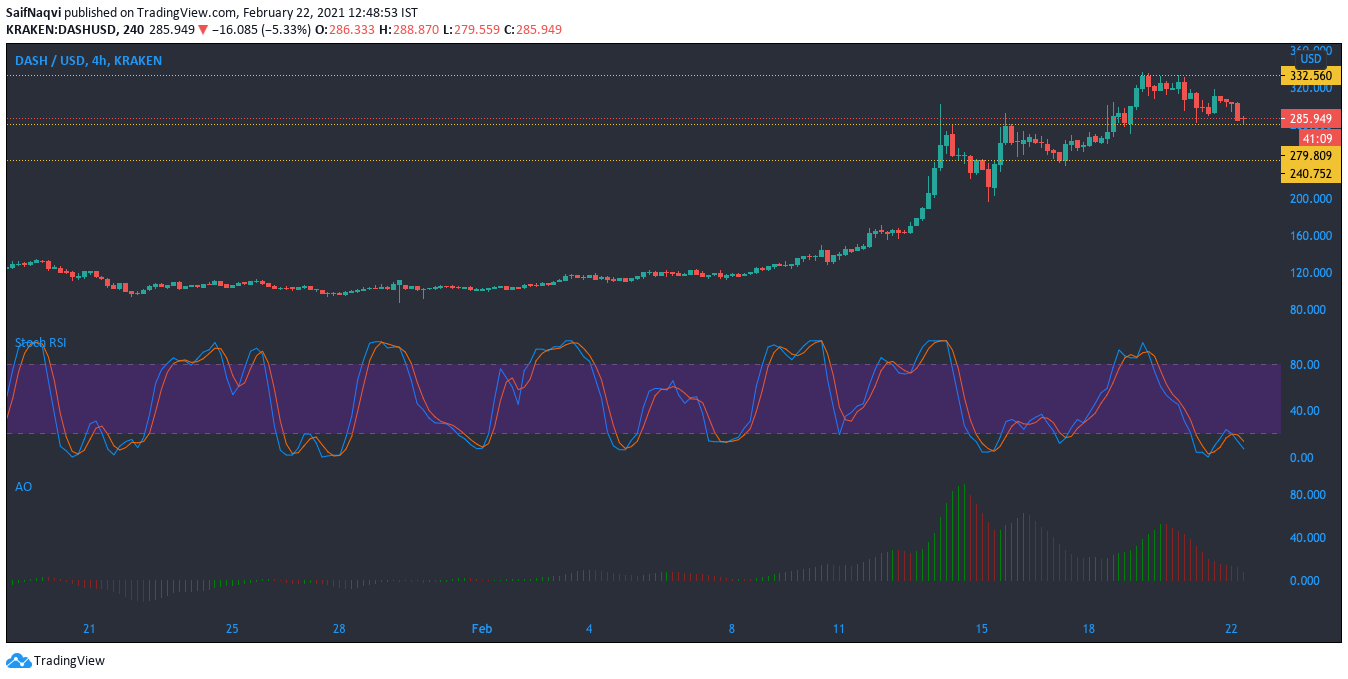 At the time of writing, Dash was trading at the $286 mark, down by 5% in the last 24 hours. The Stochastic RSI pointed lower in the oversold zone, while the Awesome Oscillator’s red bars moved closer to the half-line. An extended fall could see the cryptocurrency test the next level of support at $240.

A bullish reversal would see DASH move closer to its local high of over $332, a level last seen in June 2018.

Why Ethereum’s price volatility is on the rise?