Bitcoin SV dropped under a level of retracement following its recent gains, with the crypto retesting the same level as resistance. Basic Attention Token surged past $0.5, but it remains to be seen if the bulls can push higher. Finally, Compound showed signs of rising above its resistance level at $494. 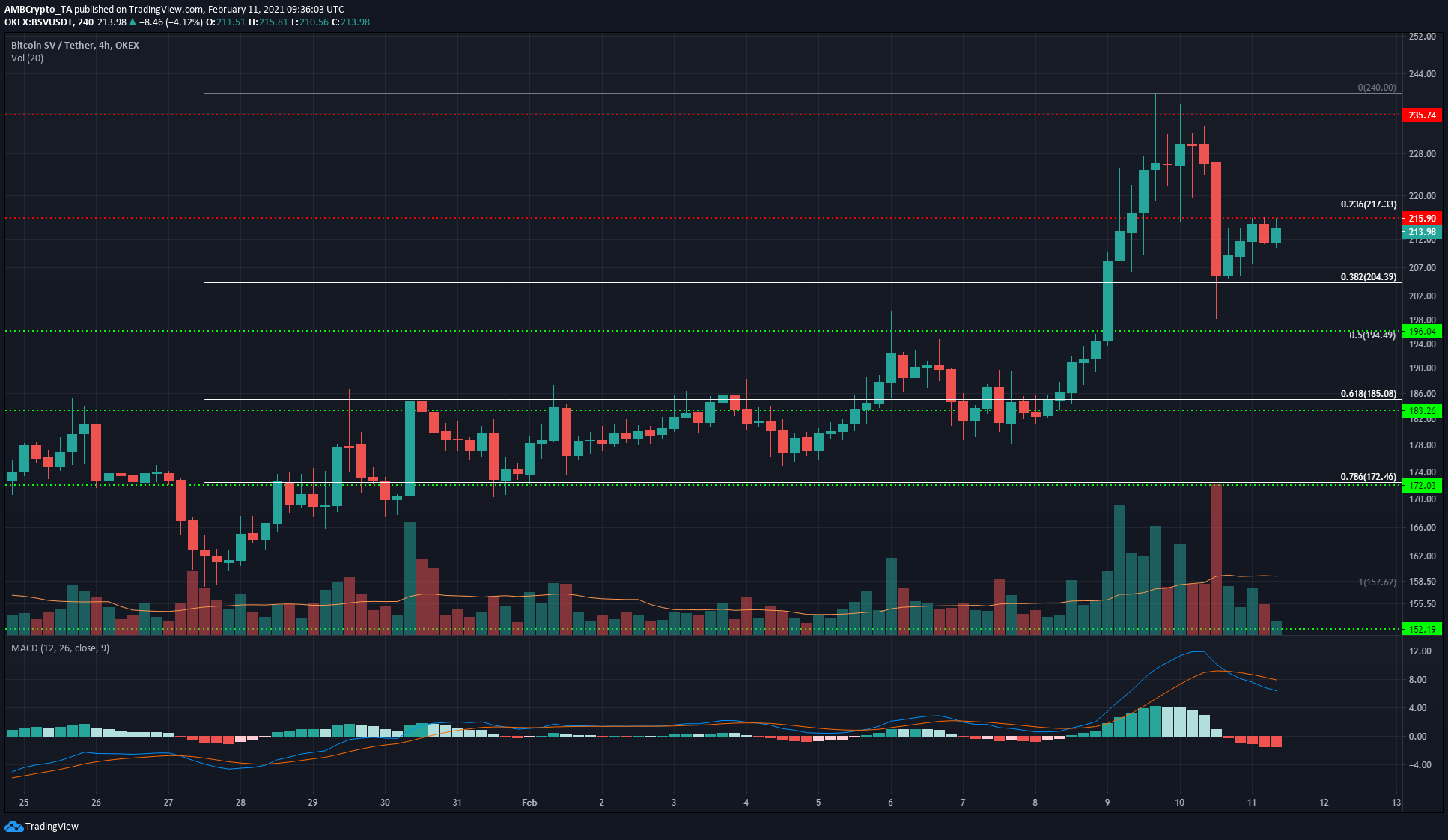 For BSV’s move up from $157 to $240 since late January, the Fibonacci retracement tool highlighted some levels of retracement that could serve as support. The past few trading sessions saw BSV drop sharply to the 38.2% retracement level and bounce to test the 23.6% level at $217 as resistance.

Even on the 4-hour chart, trading volume was falling, while the MACD formed a bearish crossover. The retest of $217 as resistance pointed to further losses for BSV, but this wasn’t necessarily a reversal of the long-term uptrend, but rather only a pullback. 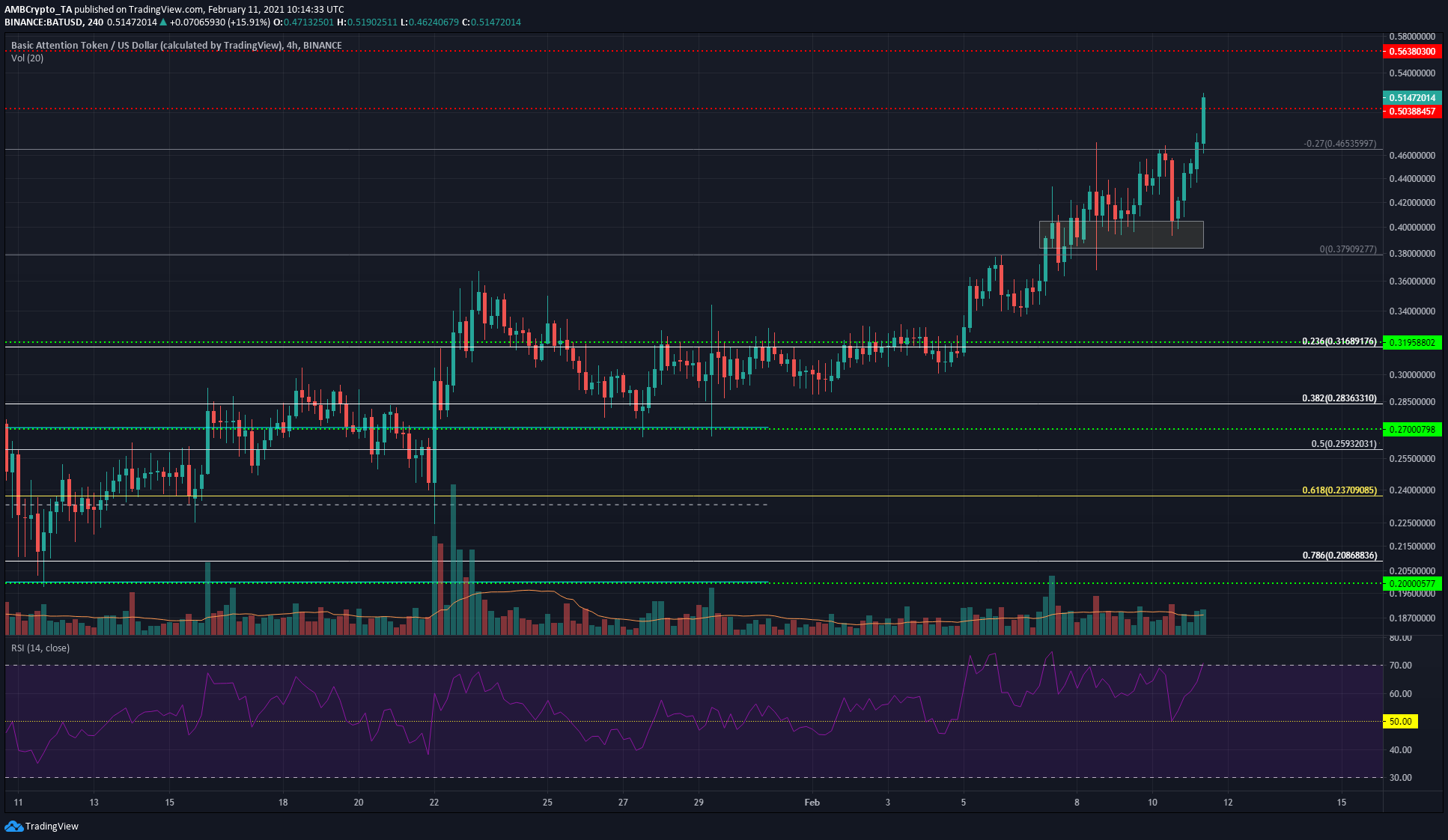 Basic Attention Token found a region of demand just under the $0.4-mark it dipped under in the last few days, with the crypto pushing north on each attempt.

The RSI touched 50, but the same bounced strongly off it as BAT surged from $0.4 to $0.51, at the time of writing. The previous high at $0.46 was broken past, with the same having added significance because it was the 27% extension level for BAT’s move up from $0.177.

The next level of significant resistance for BAT lay at $0.56. 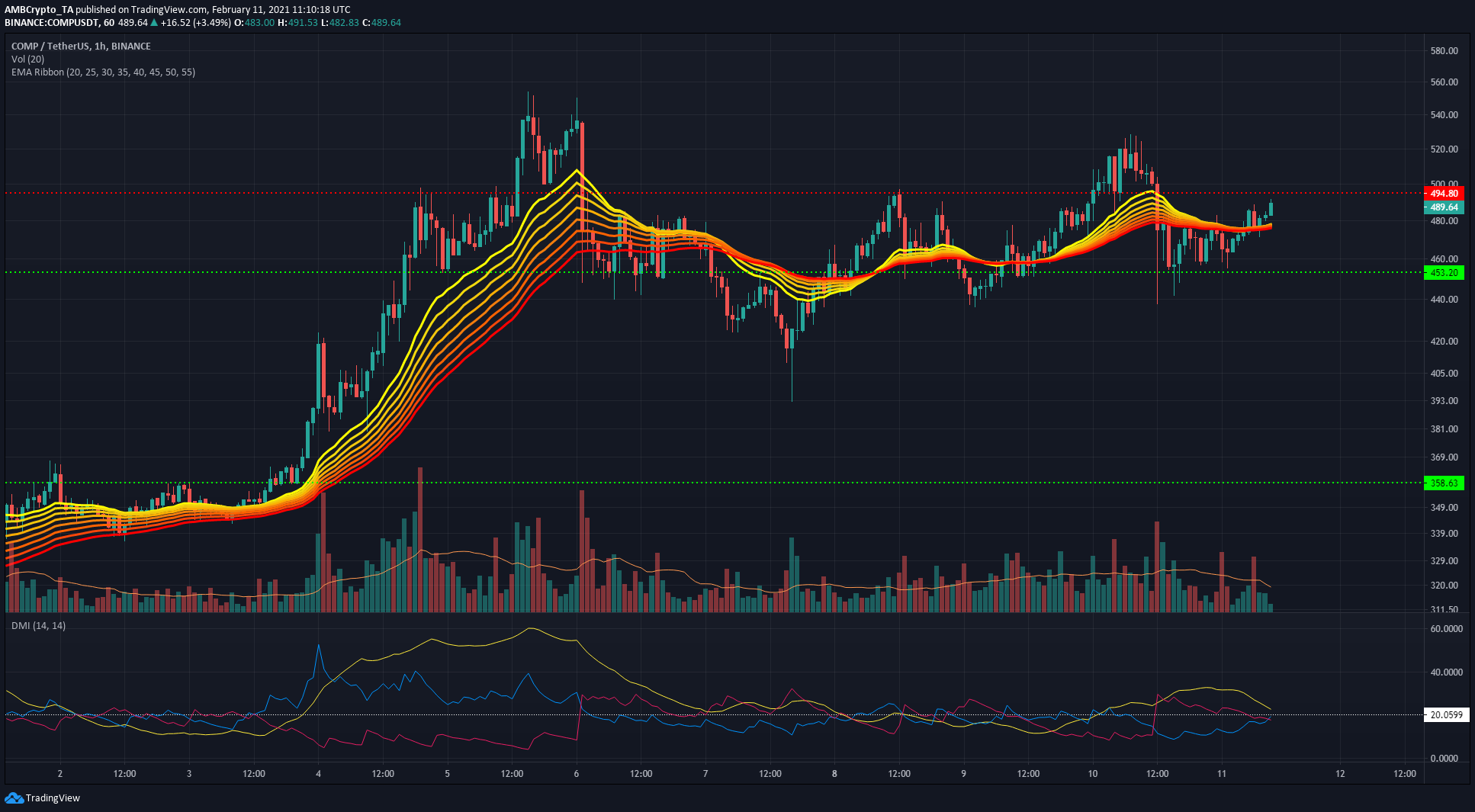 Over the past week, the $494-level has been one of the crypto’s most stubborn resistances. Even when COMP managed to rise above it, the sellers stepped into the market with force and pushed the prices lower.

At the time of writing, another move to the upside was brewing. The price rose above the EMA ribbons and was heading to test the $494-level of resistance, while the DMI showed waning trend strength as ADX dropped towards 20.

Over the next few hours, if COMP manages to rise above $500, it would likely be headed towards the $520-mark.

How bullish really are Ethereum, Chainlink?